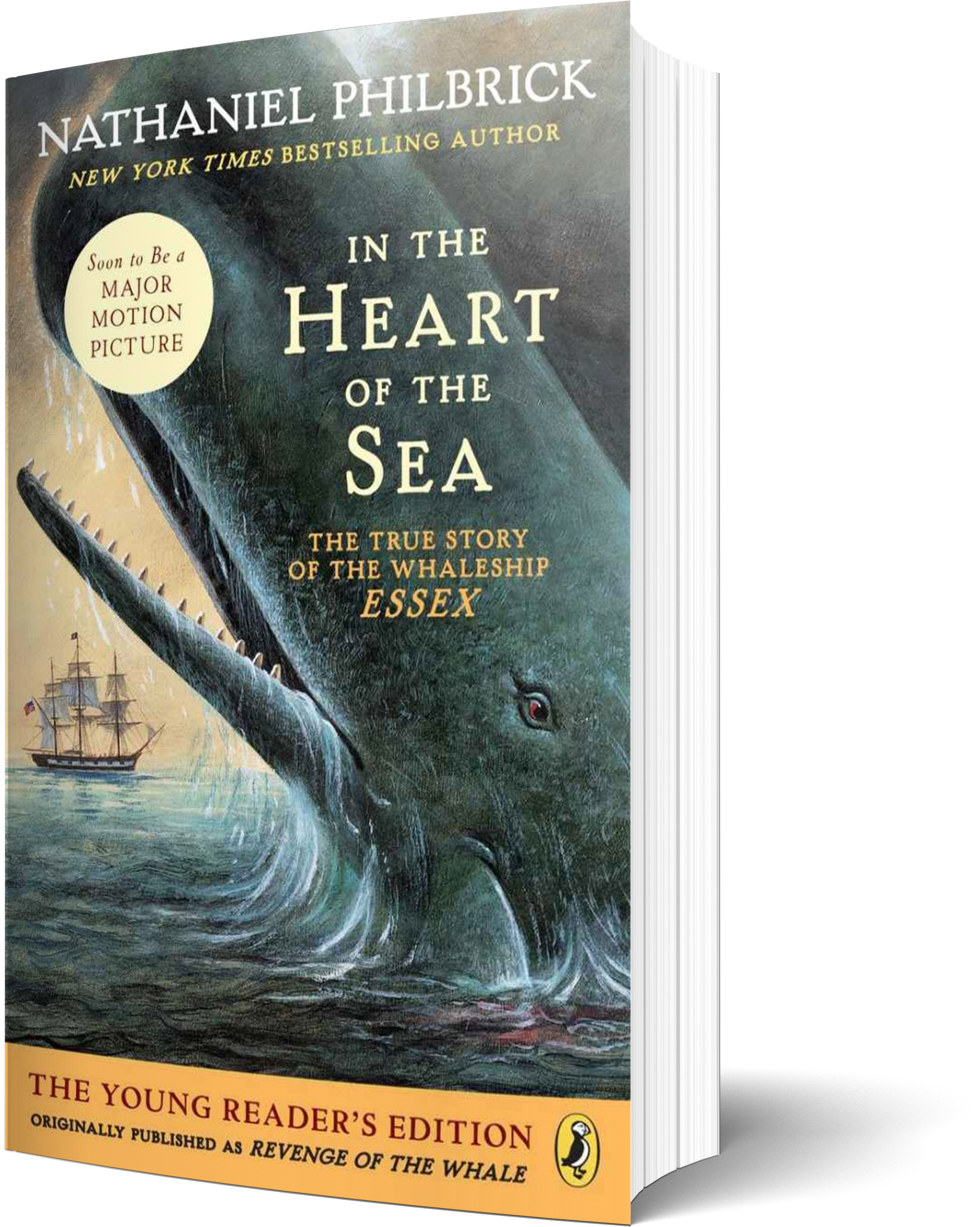 In the Heart of the Sea

The True Story of the Whaleship Essex

“Hope was all that stood between them and death.”

– from In the Heart of the Sea

Nathaniel Philbrick’s In the Heart of the Sea is “one of the most chilling books I have ever read,” writes Sebastian Junger, author of The Perfect Storm. Winner of the National Book Award for Nonfiction and on the New York Times bestseller list for 40 weeks, this “spellbinding” (Time) “page turner” (New York Times) tells the true story of the 19th-century whaleship Essex out of Nantucket that got rammed by one of the largest whales anyone had ever seen, the whale that inspired Herman Melville’s Moby-Dick. But the story doesn’t end there. The ship sank, sending the crewmembers adrift for months as they faced storms, starvation, and disease. Award-winning author of more than ten books, Philbrick “has created an eerie thriller from a centuries old tale… Scrupulously researched and eloquently written, In the Heart of the Sea is a masterpiece of maritime history,” writes the New York Times. “It gets into your bones.” 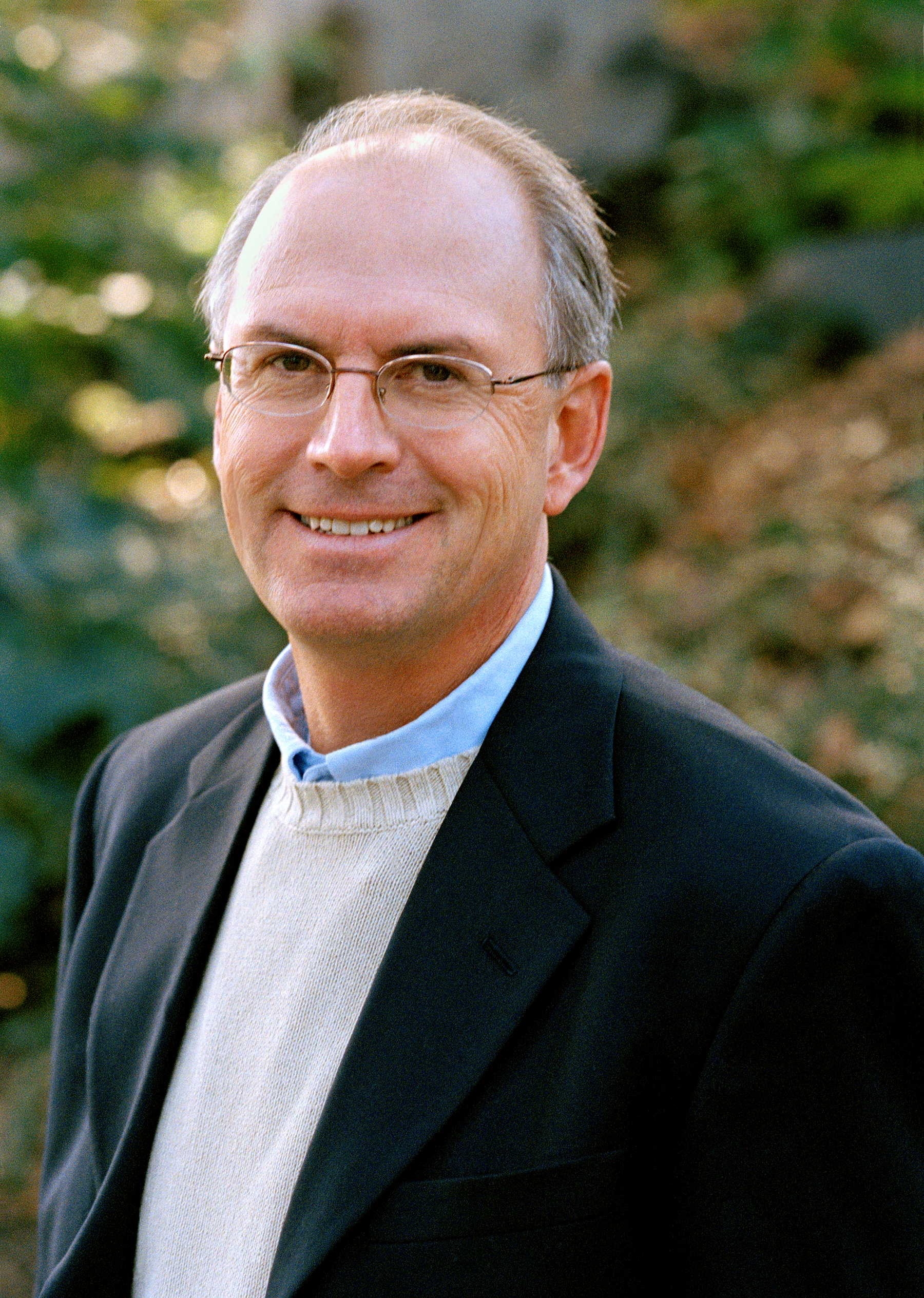 Nathaniel Philbrick—named after the 19th-century author Nathaniel Hawthorne—was born in Boston, Massachusetts, and grew up in Pittsburgh, Pennsylvania. His mother was a kindergarten teacher and his father was an English professor specializing in maritime literature who talked about Herman Melville’s novel Moby Dick so often that by the time Philbrick was a teenager, he “already hated the book, even though I hadn’t read a word of it,” he told the NEA. Then in high school he read the first sentence and he was “harpooned.” Reading the novel “was a transformative experience for me [and] it put me in the awkward situation of having to admit that my father had been right.” It remains his favorite novel.

Philbrick’s passion for sailboat racing, on the other hand, was deeply personal and apparent from the start. “For me in 1970, a teenager in desperate need of an escape from all the land-based problems of the world, there had been something elemental and all-consuming about a Sunfish,” he writes in his memoir, Second Wind. As a sailboat the Sunfish “might be ugly,” he writes, but it’s “fast… Whether it was on the Monongahela River or a man-made lake, I spent just about every weekend jousting against my younger brother in a Sunfish.”

Philbrick attended Brown University, where he majored in English and became the school’s first Intercollegiate All-American sailor in 1978, the same year he won the Sunfish North American championship against “178 of the most competitive Sunfish sailors on the continent” (Second Wind). After he received an MA in American Literature from Duke University, he worked for Sailing World magazine and wrote and edited several books on sailing. In 1986, he moved with his wife—also a sailing expert—and their two children to Nantucket. “I was a stay-at-home dad who only got out of the house to take my two kids to the playground,” he writes in Second Wind. That is, until 1992 when another attempt at the Sunfish championship that he’d won 15 years earlier led him on a cross-country odyssey and eventually back home with a new passion for Nantucket’s history and community.

In 1994, he published his first book about the island’s history, Away Off Shore, followed in 1998 by Abram’s Eyes, a study of Nantucket’s native legacy. He became a founding director of Nantucket’s Egan Maritime Institute and is still a research fellow at the Nantucket Historical Association. “When I was at Brown,” Philbrick told the Paris Review, “I wanted to write the great American novel, but I was too scared to take a creative course. I signed up for one, got in, and just didn’t have the courage to go. I was a tremendously shy person, almost pathologically shy. The thought of peers critiquing my work—oh, God.”

Today, Philbrick is the bestselling author of more than ten books of nonfiction, including In the Heart of the Sea (Penguin, 2000), winner of a National Book Award and the basis for a 2015 movie of the same name directed by Ron Howard; Mayflower (Viking, 2006), which was a finalist for both the Pulitzer Prize in History and the Los Angeles Times Book Award, and won the Massachusetts Book Award for nonfiction; The Last Stand (Viking, 2010), which inspired the PBS American Experience film “Custer’s Last Stand”; and Why Read Moby-Dick? (Viking, 2011), which was a finalist for the New England Society Book Award.

“Philbrick has elevated the adventure of the Essex to a rich and disturbing study of the secret root-tangles of how and why things happened as they did…. And for all his erudite knowledge applied to the complexities of human behavior, Philbrick does not neglect to note the random twists of fate that make or ruin a life. Much of the literary excellence of In the Heart of the Sea likes in its fine and introspective passages…. Philbrick relishes words and language, and skillfully uses them to carry the reader into cubby-holes of darker causes and effects.”

“Fascinating… One of our country’s greatest adventure stories…when it comes to extreme, In the Heart of the Sea is right there at the edge.”

“A book that gets in your bones…Philbrick has created an eerie thriller from a centuries old tale… Scrupulously research and eloquently written… It would have earned Melville’s admiration.”

“Nathaniel Philbrick’s admirable telling of the Essex story gains its power from his adherence to the simple brutal facts…all this Philbrick shows with a clarity and an economy that in no way slows his narrative, but lends it an awful, mounting inexorability…[told] with verve and authenticity, sure to become again whiat it has been from its earliest whisperings – a classic tale of the sea.”